Register for Power of the Pits – the Arm Pits…that is
Functional Synergy Blog Ack! Not The Core Conversation Again 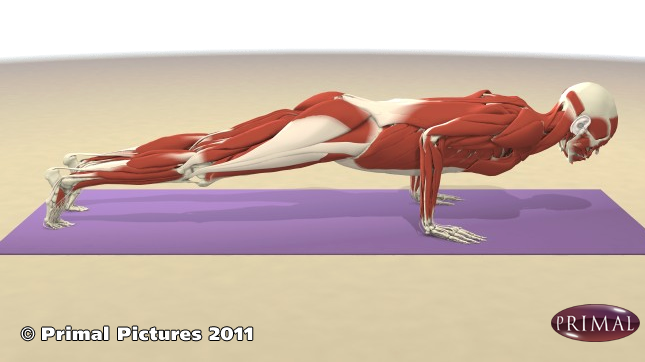 So there I was, sitting on the stage of the 2015 Toronto Yoga Conference, somewhat in awe that people had even showed up. (I was laughing a little then and am laughing now as I write that). And then I said something I probably shouldn’t have, and yet was compelled to. “I am surprised you are all here”. The room laughed. The ice was broken.

I probably shouldn’t admit the following, but given what I have already written, I might as well continue with this honest tact. To be 100% truthful, I didn’t really want to be in that room, or leading that workshop in the first place. I had agreed only because Ruth, the organizer of the Yoga Conference, had been unrelenting. She had been a dog with a bone . . . . and she got her bone. (Ha!)

Why was I so resistant? And what was the workshop I was so adamant against teaching? Well, Ruth had asked me to lead a workshop on Core Stability. Ugg! Until that point in Toronto last year, Core Stability was one of my least favourite topics to teach in a workshop setting – particularly for people who don’t really know who I am, or the philosophy from which my teaching arises. As a result, it wasn’t uncommon in previous “2 hour conference type ‘core’ workshops”, for people to walk out because I was not working them hard enough, or giving them a “burn.” If only they stayed another 30 minutes …

I recall a time at the Vancouver Yoga Conference, when another trainer, on short notice wasn’t able to teach because of back pain. Quite ironic if you think about it since one of his workshops was on the core. The organizers funnelled all of those participants into my session. Well, at that time I was definitely quieter and gentler in my approach than this other trainer, and many of those who showed up, quite frankly, weren’t all that impressed. Oh boy, was that a learning experience.

Don’t get me wrong, I am quite okay with people not agreeing with my approach. It happens. For me, though, it isn’t a popularity contest for how many people agree with me. What I do know, is that what I do works for my clientele and for the clientele of the teachers I train. Here is the big “AND”. I want to share what I absolutely love and in a way that I can be of most service. I didn’t see how teaching another Core Stability workshop at the Toronto Yoga Conference was going to fulfill that desire. To me, that was a big fat UGG!

So I made a deal with her. Yes, I would teach the workshop on one condition – that we quite bluntly state the workshop has nothing to do with the following cues – navel to spine, lifting the pelvic floor, tucking the tailbone or “willfully engaging” anything. If people want to get out of pain they have to stop gripping so darn hard, and stop holding their breath. They need to get out of the notion that core stability is something “to do” and instead explore it another way – it is a concept that when integrated well, provides the environment for less pain, better function, greater agility and way more versatility in movement. It enables strength, ease and speed; it enables a person to move from fast to slow and slow to fast, turn direction . . . all in all, it enables a smoothness and a coordination that grows your capability and capacity by leaps and bounds.

Well, it seemed to work. That workshop ended up being . . . how do I say it . . . quite fun. Ruth and I had a good laugh about it when talking about what was on the docket for this year’s conference. I reminded her about how unrelenting she was (she had an awesome belly laugh at that memory), and in the end, I am glad she was, because, in that room that afternoon, we had a lot of fun busting up a bunch of core stability myths, and really getting to the essence of what core stability was all about and how to make it really work for the participants on all sorts of levels.

So, I am going to give it another go this year. If this blog post has inspired some curiosity in you, if you are considering coming to the Toronto Yoga Conference, and if you are interested in learning from me, ask yourself the following:

I can’t promise that you won’t walk out. If you do come and stick it out, you will learn how to work in a way that creates a heck of a lot more ease, strength and power.

I really look forward to meeting you at the conference, perhaps in a room full of skeptics. Give it a try, and see what you think about gaining ease, relieving pain and having a heck of a functional core.

ps. A treat to send you on your way: This cartoon was inspired by one of my grads (Dawn Ross) and a conversation she had with a client. Shortly after this conversation he stopped working so hard, and his back pain went away – very, very quickly.