Fall Therapeutic Yoga Intensive is Now Open for Registration
The Power of Pure Movement: The Psoas 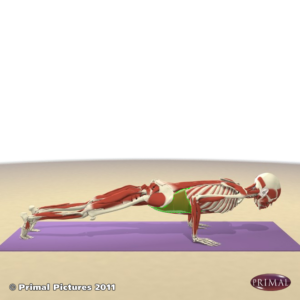 One of the things that truly lights me up is how to make movement patterns more efficient. Whether working on myself or with a client, this idea of becoming more efficient is consistently part of my wondering – I know that with greater efficiency comes better physical and mental integrity, better load absorption, dissipation and transfer, less pain, effortless effort, better energy management, more authenticity, and great opportunity to do more complex movements and activities.

For some this may sound strange – improving movement patterns to improve core stability? Isn’t it the other way around – brace the abdomen and pull up the pelvic floor to reduce pain, then move? Maybe, yes, for a few people and perhaps at the very beginning of their awareness and movement training. However, if you really want to become more agile and more versatile in your movement repertoire, if you want to run faster, be lighter in your step and feel less constriction over all, you will want to graduate beyond bracing.

What do I mean by this? 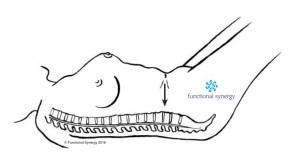 Let’s look at a really common cue that is used in fitness, yoga and pilates classes – pull the navel to the spine. Initially this cue may be really helpful for some. Perhaps they are unaware of where their navel or abdomen is, maybe they have very little proprioception or little embodied knowledge of what a muscle contraction is, or what it feels like. If that is the case, then this instruction could be helpful – at the front end and for the short term.

Over the longer term, pulling the navel to the spine can lead to over-engaging the obliques, which can limit breathing, create rigidity and bracing which in turn can lead to less stability and strength. This can shift, what was a useful cue at the beginning stages of learning, to a compensation strategy which can lead to other problems.

What is the alternative? Here are some considerations:

More is coming with this Core Stability conversation, so keep your eyes open on this page.

In the meantime, have fun exploring.

I do find the Hamstrings such an interesting muscle group. They get so much blame – for creating back pain, limiting one’s ability to forward bend, and curtailing the desire and capacity to be as swift as the wind when running or cycling. The way I hear people talk about their hamstrings, it is almost as if they are saying …. if their hamstrings could only release “life would be so grand”.

Well, I am here to open up the doors of a grand life and breathe new vigour into your hamstrings, and all that supple hamstrings can provide!

Most people know where the three hamstrings reside connecting the pelvis to the femur and lower leg. Here is a little more detail:

Much like my earlier post on the piriformis (http://bit.ly/2bTXlSD), it is easy to blame the hamstrings for feeling tight and limited and for being the primary culprit for why issues are arising in one’s body. In truth, it isn’t hamstrings fault. They are actually responding the environment or neighbourhood in which they reside. When the body isn’t functioning well, something tightens in an attempt to hold you all together so that you can continue to do what you want to do. It is a classic case of compensation which is a good thing. It enables us to the live the life we want to live. The only downside with compensation is that the neuromuscular patterns which are attempting to do actions and movements they aren’t designed to do will at some point become fatigued. There is only so long a compensation can keep it up. Ultimately if we want to feel great with our hamstrings, we need to clean up compensatory strategies.

Let’s take a look at some examples.

Sometimes people can get confused when I say to improve relationships of the parts, as I did above in point 1. Many want an exercise and a focus on a particular muscle. The point is that there isn’t one muscle, or even two that are to blame, and when we focus on just a muscle then we miss a whole host of other factors that, if considered, would actually make the healing process much faster.

Yes, I will admit that this this takes much more of awareness up front – it isn’t as easy as rolling on a ball or smashing your tissue with a shredding tool. I can tell you that it will pay off for you in huge dividends in very short order if you take the time to become aware. You will develop a very steady foundation which will create greater strength and suppleness. You’ll also have a much greater kinesthetic sense of your inner world and better able to sense when you are overdoing it.

Here are some more specific things to consider:

Remember, the legs are part of the foundation which enables you to stand, sit, walk, run, climb, hike, etc. When they are functioning well and in coordination with the pelvis-spine-rib cage, you will experience a feeling of functional synergy – that state of being that feels taller, lighter, and younger.

Here is the final bumper sticker – that yucky, heavy feeling of tightness, “heldness”, bracing against collapse or that sunken feeling of collapse, can be resolved and changed. Your hamstrings can indeed feel great.

Enjoy the videos, and have a great time exploring,

ps. October is a month of I Love Anatomy, my foundational online functional anatomy, biomechanics and kinesiology program designed for yoga teachers. A perfect place to dig into these concepts and really grow your skill, your competence and confidence.
With this video you can explore the movement of the hip, knee and ankle.

With this video you can explore orifice breathing.

With this final video is exploring the rib cage.

Many of the people that I work with are executives, entrepreneurs, and self-employed business owners who have become unwell. They have been referred by their doctors, chiropractors, physiotherapists, spouses and friends because their usual method for achieving success – “pulling themselves up by their bootstraps” are no longer working. Their “full focus, full time” is wearing them out, and the more they push the gas pedal, the slower and even the more backward they go. They are feeling broken, as if their body has betrayed them. They are frustrated because they simply want to get back to the clarity of mind, strength of body and solid and steady stamina that they have been so used to in the past.

So what do I do and how do I work? Very soon into a session it becomes apparent that their ambition and their drive is pushing their body too hard and is preventing them from getting well.

How do I know this? I can tell by watching them move. Each time they move into a rehabilitative movement or a basic yoga position, I see them them pulling hard, holding their breath, and digging in figuring that by getting a “big stretch” they will get better.

I then suggest to back off and move in a range that is more appropriate, one which has the proper body parts doing the movement – i.e. more purely and less compensation – so that other areas of their body can become relaxed, like their eyes, jaw and state of breathing.

Invariably they will tell me that they now feel nothing. I respond with a “well nothing is better than pain isn’t it?” What follows is a knowing smirk. Some will even laugh. They will also nod knowingly when I tell them that I have yet to meet an ambitious, driven individual who doesn’t know that these traits, which provide so much success, have also led them into trouble. I add that while the traits are good, they currently are being misdirected, and that part of my teaching them how to get out of pain and back to living their life, will require me to not only show them how to move better and to use their muscles more efficiently, but to also teach them how to recognize when they are using the traits of drive and ambition for good or not. We then focus on helping them to recognize for themselves the early signs of misdirected talent so that they can make quick and decisive change that will truly serve them.

The process can be initially challenging for some. They’d like to get better “last week already”. They don’t have the time to be exhausted, in pain or limited. They have things to do and life is already feeling too constricted. Many will outrightly say, “why me? Why can’t I do what everyone else can do”. I look at them squarely and say quite simply and clearly, “you have no idea how many people in your inner circle are so exhausted and unwell from overwork and misapplied focus.” They look at me incredulously like I have just opened the lid of something akin to Pandora’s box. However, step by step, as they gain the necessary awareness and are able to apply it, they see a positive change. There is an added benefit – as they become more aware of themselves, they become more aware of others, and they now see the exhaustion of those around them. They can see the struggle that they couldn’t see before.

What happens next is a result of consistent practice. Many will make a shift in just a few weeks – they are able to see some very simple distinctions in how and where they direct their focus and how that impacts and influences the pace at which their their body heals, how they sleep and how their energy levels feel overall. As they feel more restored, they gain both confidence and competence in this new understanding for how to apply and work with their energy.

If you are finding yourself in this predicament and want to start the process with me send us a note through our website and connect with us. We can send you some downloads to explore or book a 1:1 live session in person or on Skype.