Here is a very unfortunate fact – Most yoga teachers don’t earn a living teaching yoga. Most are racing around teaching tonnes of classes, picking up whatever work they can, and are on their way to burnout. Some are getting frustrated and the very thing brought them to teaching in the first pace – the love of yoga and helping others – is waning. They are almost ready to give up because they are feeling tired, stuck and unfulfilled.

I support yoga teachers to see and experience a totally different reality.

We are living in a world that is anything but certain and stress-free, a world that demands calm focus, easy breathing and resilience. As yoga teachers, we are uniquely trained to support people all over the world make those specific gains.

There is a gap for many yoga teachers though. They are unsure of how to blend the LOVE of the practice, with the REALITY of the business. Many believe the two are like oil and water. It is not uncommon to hear a yoga teacher say, “I’m just not a business person”.

My yoga teacher clients say that my programs make business, finance and marketing make sense to the terrified and uninitiated. And for the seasoned yoga teacher or studio owner, I offer clarity and objectivity to support them in taking the next step of growth, scaling their business to make a bigger difference and serve the world.

My Signature Style Yogi Business Process succinctly and specifically trains yoga teachers to cultivate the “yoga” in yoga business, build clarity in place of disarray and develop true calm rather than the “smiling facade of yogic chaos” so that their business grows smoothly and steadily, one step at a time, profitably and sustainably.

Read on for how the program works and for stories of how yoga teachers, just like you,  are now living an entirely different reality.

Program Focus: The Yogi Business Program is all about taking the hustle out of the process, and directing it toward connection by following these principles:

1. Business is Relationship
2. Marketing is Communication
3. You Build One Person at a Time
4. You then Leverage To Refine, Grow.
Repeat.

Who Participates: The people who register in the Yogi Business Program fall into 2 categories, those with a few classes and those who already have an established practice. For with a few classes, we teach them how to build. For those who already have a practice, we help them refine and streamline so they grow more easily. In many cases, this latter group – the ones with established practices – they also tend to also have some chaos in their businesses and/or lives Many no longer have a personal practice (they don’t have time), and they are barely holding it together – and wondering isn’t this supposed to be fun? They then learn some key principles and things turn around.

To get a feel for results read on for Ele’s, Matthew’s and Josh’s stories

Ele’s Story. This story illustrates the simplicity of the process.

In 1990 Ele began her career in fitness industry working part-time for gyms while working full time. She loved teaching classes that enhanced health and wellness and never considered a full-time career in fitness as the ones who “made it” were teaching 30 plus classes per week and were chronically injured, and/or were “stars” in the industry. In 2011 Ele left gym life to start her own business to teach yoga in corporate settings and community centers and quickly learned she wasn’t making enough money to pay herself and was struggling to cover the training expenses and running her business. Her ultimate dream was to teach therapeutic yoga to help people get out of pain. Each year her yoga business either had a loss, a modest profit, or broke even. Ele was ready to shut her business down and give up on the dream of becoming a yoga therapist.

Ele After Yogi Business Program (2015):  Ele went from being a broke yoga teacher, teaching group classes and struggling to make ends meet to a profitable yoga teacher, building relationships with private clients and developing relationships with referral sources. The majority of Ele’s clients have never had experience with Yoga prior to working with her and she delights in offering health and healing through the power of Yoga. Her corporate therapeutic classes are consistently full, they are now priced fairly, and she has filled almost all of her available private sessions each week. The best part, her clients are getting out of pain and learning practices to give them a better experience.

Matthew’s Story: This story is a great example of someone who was going a wee bit crazy before the Yogi Business Program. He cut back on classes, commuting and doubled his income in a year. A great example of less is more:

Matthew is ​a yoga therapist and performing artist, who started teaching yoga in 2010 as a way of supporting his artistic work, and providing a stable financial base doing something he was passionate about. His initial financial goal (among the other personal and professional goals associated with this move) was to teach enough to provide a base of $1000 extra per month. However, because he has a strong voice and an extensive movement background in addition to being a yoga practitioner (the somatic Batdorf Technique and Authentic Movement, competitive figure skating, ballet, modern and contemporary dance and butoh), the demand for his classes increased at the 6 yoga studios where he taught. At one point in 2012, Matthew was teaching 15 heated group classes per week. Not only did this exhaust and burn him out, but it precluded the possibility of pursuing his artistic work with any regularity. By the time he encountered Susi, he was grappling with the question of how to balance his artistic and yogic careers, how those two streams could merge, and how he could increase his reach and capitalize on his talents.

Matthew After Yogi Business Program (2014): Matthew went from ​teaching 12-15 group classes per week at 6 studios for 32 hours per week with over 12 additional hours of commuting, for a maximum of $35k/annually, to teaching 6 group classes and 10-12 private clients per week at 1 studio, with some clients at home for 24 hours per week, with 2 hours of commuting, for an average of $60k/annually, not including special workshops or artistic contracts. At the same time, as any artist of any stripe will tell you, greater and greater presence grows a better artist. This has been occurring for Matthew, who is accessing untapped stores of creative power, and both creating and being hired for multiple new projects over the next 3 years.

Josh’s Story: Josh is a great example of someone who made the transition to yoga in a bit of a circuitous route – as many of us do. Read through it all, especially his ability to pay off the debt of 3 credit cards, how much calmer his life became . . . . within one year.

In 2001, Josh was working as a chemist when he decided to try out massage school. In 2003, he ventured into a yoga teacher training, and in 2007 he began to teach group fitness classes. He left his chemistry “day” job to see what this mind body path had in store. He was working retail part time, doing massage part time, teaching group fitness and yoga part time as well as traveling nationally and internationally as a yoga teacher trainer by 2010. He was working 75-80 hour work weeks and was deep in credit card and student loan debt. Life was chaotic. In 2014, Josh bought a Healing House with seven offices in it, had two weddings (one in Colorado, and one in California). Life grew in choas. The House grossed around $65,000, he was working seven days per week, fast approaching burnout, and along with an increasing debt load, was experiencing intense knee, back and shoulder pain.

Josh After Yogi Business Program (2015): Josh continues to run the Healing House. He finished 2015 working four days per week with fifteen to twenty clients, and four fitness/yoga classes per week, all at the Healing House. He has ten part time tenants renting space in the House, and has made some vital improvements to this beautiful 1904 building. He personally grossed almost $100K, working less frantically and in a lot less pain, as well as paying off three credit cards and three student loans. He has built a network of healing professionals who refer to one another. He has plans to increase his online teaching in 2016 and just returned from one week in Cancun on his second honeymoon. He and his husband now have one-year, five-year, and ten-year plans for savings, retirement, and vacations.

With a little bit of guidance, it is possible to earn a living if you follow a step-by-step process. I’d love to show you how.

This Program is Great For: Ambitious yoga teachers who want to make a living while also making a difference. They believe that making a living is possible, they just need to be shown how.

Who this Program is Not For: If you fundamentally don’t believe it is possible to earn a living as a yoga teacher, this program is not for you. 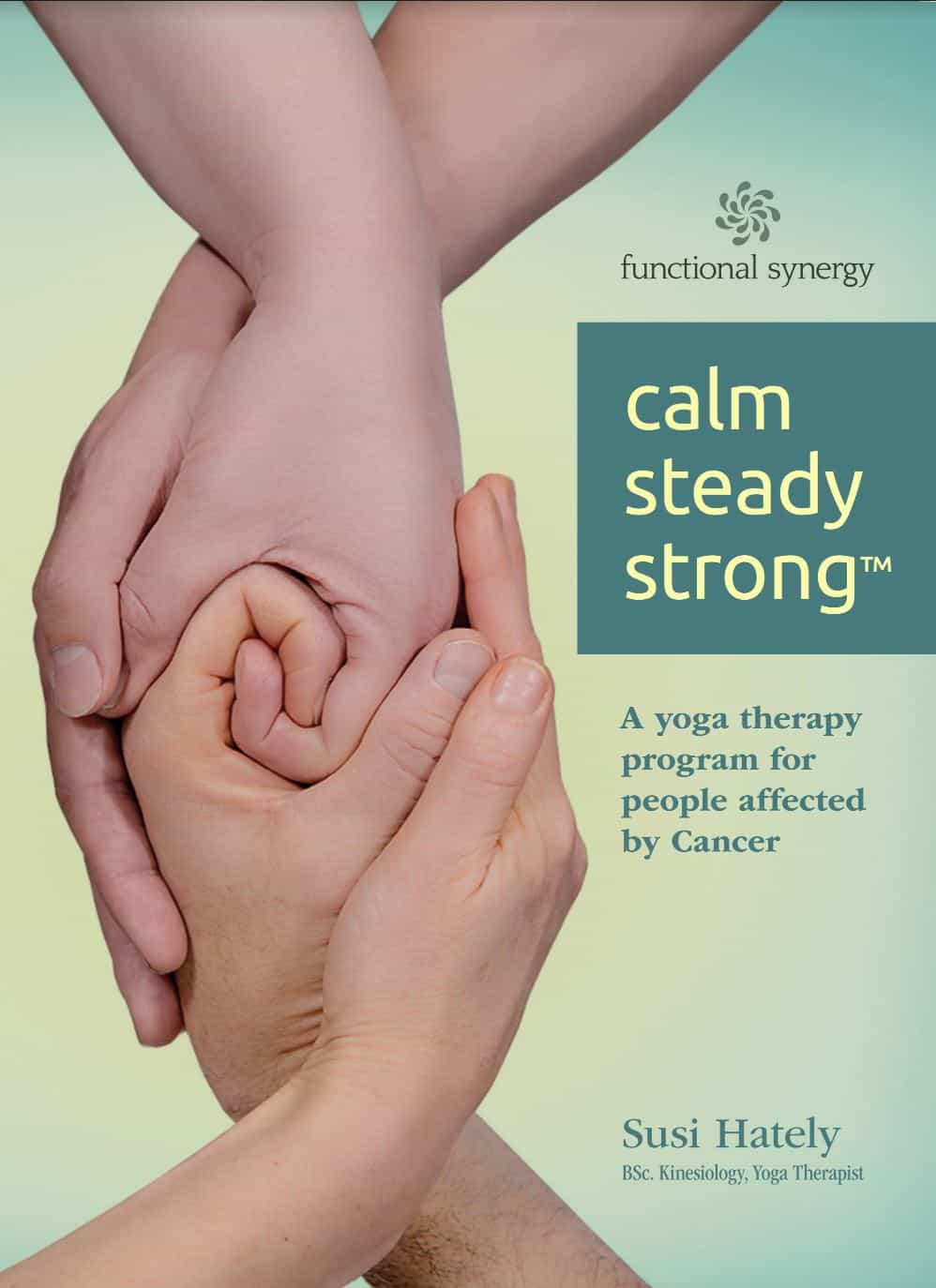 Grab your copy of this FREE guide now!

Check your email for a link to the book!