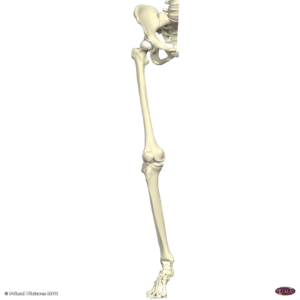 Surgery is one of those events that most of us would prefer to avoid. It elicits the “isn’t there another way?” conversation.

In this example, I am a fan of surgery. For my client there wasn’t another way. Her knees were her knees and she needed the knife. This key is what happens post surgery and return to function.

When I work with clients I always put their condition and issues into context. Not everyone experiences the same issue in the same way. In this client’s case she had patella-femoral syndrome, and a good dose of degeneration on her femoral condyles and her tibial plateau. She also had some tremendous hip tightness and biomechanical instability which was completely expected given the condition of her knee function. She is also extremely positive, and well-loved person. Even in spite of some very occasional frustration with the healing process, she was always facing forward seeing the goal of less pain and better movement.

My client’s process of surgery was as follows:

Here are some components of her program:

1. When I began to see her, she was unable to make it to the floor. So, we focused on where she was at and ensured she was doing the outpatient physiotherapy exercises properly. We focused on her moving in a pain-free range of motion and easy breathing.

2. We then focused on hip movement and moving the femur in the hip socket, easily. We used very small component movements like:-

3. As they weeks progressed, we were able to make it to legs up the wall, bridge, supine twist, sitting twist, standing balance poses. Overall we were focused on improving the function of her movement, keeping compensations down and moving her joints the way there were designed to move. I didn’t focus so much on “engage this or that muscle” – when she moved well her muscles fired as they should.

When you are creating programs for knees you need to keep in mind that the knees aren’t the knees. Rather they are mid way between the foot and hip…and that most of the muscles that cross the hip also cross the knee.

So to improve the knee function you must work at the hip and then improve the relationship between the foot, ankle and hip. However, just after surgery, you need to be slow and gentle how you move given the limited movement and various contraindications that required to help support healing up to 8 weeks post surgery. This is why I begin with a basic program that is simple, short, and straightforward program, and a few weeks later followed it up with a longer program.

Remember, yoga programs are provided for information and are in no way meant to suggest that this is “the way” to heal from knee surgery. Each choice has my client’s functioning, personality and temperment in mind.

If you want more:

If you want to learn more about the knees, this knee e-book includes anatomy of the knee and suggestions and considerations for improving knee function. You can find it here.

Many of the movements described in the artlcle above are in this book. Where the knee e-book (just above) discusses more anatomy, this book describes more exercises and movements. There is also an online video that goes with this book. You can find it here.

If you would like to learn from me directly online, I am running From Pain to Possibility beginning this May. To learn more about this 5 week program click here.